‘Live in Tokyo‘ is the title of the first live album by the legendary jazz rock/jazz fusion band Weather Report which was released through CBS/Sony in 1972. The album was officially released on 1 May 1972 and recorded during the same year, earlier on 13 January. The record was initially solely released in Japan and it wasn’t officially issued in the United States until 2014, when a re-issue of the album was published by Wounded Bird Records. It has a total length of 88 minutes and 29 seconds. 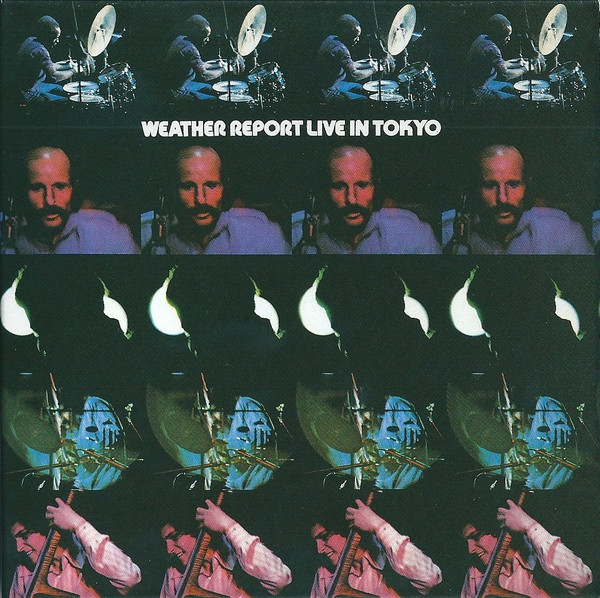 The recorded material pertained to one of the five sold-out concerts of Weather Report on their Japanese tour. The venue was Shibuya Kokaido Hall in Tokyo, Japan. The album combines jazz rock/jazz fusion with free jazz and has an overall experimental sound which was defining for the band during their early years.

It is also important to note the fact that their studio album ‘I Sing the Body Electric‘ has several tracks which were edited for this particular record but can be listened to as they are actually performed live on ‘Live in Tokyo’. The live album contains studio material performed live from the band’s first two studio albums, more specifically their eponymous debut self-titled studio album (1971) as well as, of course, as previously mentioned, ‘I Sing the Body Electric’ (1972).

In critical regards, the live album was very well met, most notably by AllMusic which gave it 4 out of 5 stars and the Penguin Guide to Jazz Recordings which gave it the maximum mark of 4 out of 4 stars.

The tracklist of the live album is as follows:

The recording personnel was the following one:

The production personnel was the following one:

Therefore, that being said and without further needless ado on my behalf, I wholeheartedly recommend integrally listening to the following live album by Weather Report, track by tack, embedded via Youtube below. Enjoy and all the best!