‘Mr. Gone’ is the eighth studio album released by legendary jazz fusion band Weather Report which was fronted by jazz fusion pioneer Joe Zawinul. The album was released in September 1978 through American Record Corporation (ARC)/Columbia Records. It is the follow-up to the very successful ‘Heavy Weather‘ which was released one year before, in 1977. 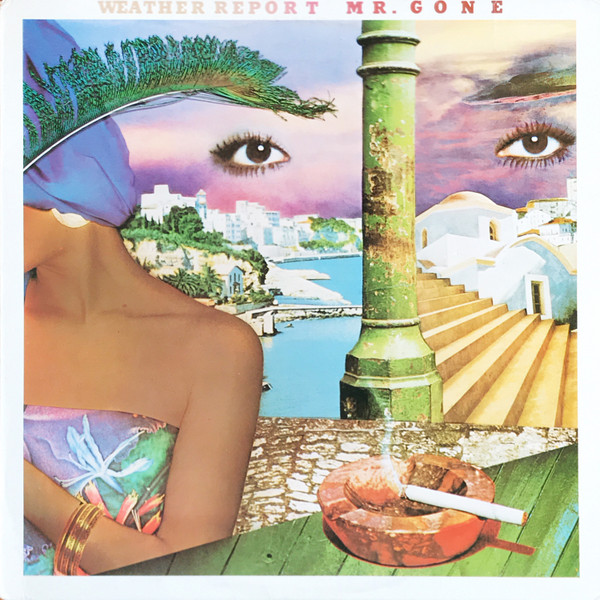 The album was recorded in May 1978 at Devonshire Sound Studios in North Holywood, California and it has a total running time of 37 minutes and 15 seconds. It was produced by the band’s frontman, Joe Zawinul, and co-produced by bass legend Jaco Pastorius.

‘Mr. Gone’ is Weather Report’s third continuous studio album to feature legendary bass virtuoso Jaco Pastorius, after ‘Black Market’ (1976) and ‘Heavy Weather’ (1977). Furthermore, the album’s sixth track, more specifically ‘Punk Jazz’ (which was composed by Pastorius himself), subsequently became the title of a solo Jaco Pastorius posthumous compilation. In total, the album has 8 tracks. It eventually rose to #1 on the Billboard Jazz albums chart later on during the same year when it was released.

The album was met with mixed reviews on behalf of several important specialized music magazines, ranging from Rolling Stone to the Penguin Guide to Jazz Recordings (3 stars to 2 and a half stars reviews respectively). But the harshest review stemmed from the prestigious DownBeat magazine which only gave it one star. In stark contrast, readers of the High Fidelity magazine chose the album as their number one in the publication’s Critics’ Choice poll for 1978 in the category of Best Contemporary Jazz Album. Other magazines that gave favourable reviews to ‘Mr. Gone’ include Washington Post, Baltimore Sun, and New York Daily News. Joe Zawinul later furiously responded to DownBeat magazine’s poor one-star review in a subsequent interview.

Down below is the full track list of the album:

The recording personnel of the band proper was as follows:

Down below you can listen to both sides of ‘Mr. Gone’ via Youtube. Enjoy and all the best!

Fun fact/trivia: According to what I know (unofficially though), ‘Mr. Gone’ was Joe’s nickname in New York. I cannot 100% guarantee this.