How I Got Into Rock Music

I can say with utmost certainty that I actually got into rock music way before my teenage years. Since both my parents have been there prior to me (both being mainly fans of progressive rock), it’s understandable that their son would share and carry their genes in this regard as well. So it is that it should come as no surprise to the reader that some of my lullaby songs as a very young kid were those performed by the likes of Queen, Creedence Clearwater Revival, The Beatles, Rush, Yes, and many others.

However, while I have pretty much always listened to rock music as I grew up as a child (be it through my parents’ records or through different local radio stations in Romania), I can say that I became aware of the term ‘rock’ (as in, of course, rock music) only at the age of 11 (in 2008 to be more specific), when I remember doing a little bit of personal research on the internet after I listened to a cassette version of Ugly Kid Joe’s ‘America’s Least Wanted’ (released in 1991) for a couple of weeks or so (on repeat, at nighttime, I might add).

Eventually, I tried to connect some dots at that particular age and I reached the conclusion that what I’ve always listened to was actually rock music (which, later on I discovered, can be further categorised under many different sub-genres). Beginning in the summer of 2010, I have continuously expanded my musical knowledge, getting to know and listen to as many rock bands and solo artists as possible as well as trying to write, record, and produce music of my own (mostly in digital form though).

My first contact with GarageBand on Macintosh took place a very long time ago, specifically in the summer of 2008, when I was barely midway through secondary school. At that time, a former classmate of mine invited me to his place to show me his musical instruments as well as his iMac desktop and, since one thing quickly led to another, we also created a few projects together in Magic GarageBand using (mainly) the pre-set default rock and blues songs.

Eventually, we ended up changing a little bit of the structure of those tunes by editing, adding, or subtracting a series of digital instruments as well as pre-made audio loops. Though those musical projects that we created together at that time never got released under any platform whatsoever, the brand new experience of using GarageBand for the very first time for me would later lay the foundation for my initial ventures into music.

Consequently, I started to compose and produce music back in the winter of 2010/2011 (aged 13 back then), when I switched from being a Windows user to MacOS through my first MacBook mid 2010. As that winter progressed, I had been gradually learning more and more on how to make proper use of the software in question, at a basic, amateur level though, yet sufficient in order to create the music I really wanted at the time.

Eventually, little by little, I started to record my first studio album relying mostly on audio loops which stemmed from various GarageBand jam packs, yet also experimenting as much as possible with a series of digital instruments along the whole process. I feel I should also mention that my greatest musical influence at that time was Jimi Hendrix’s ‘Valleys Of Neptune’. 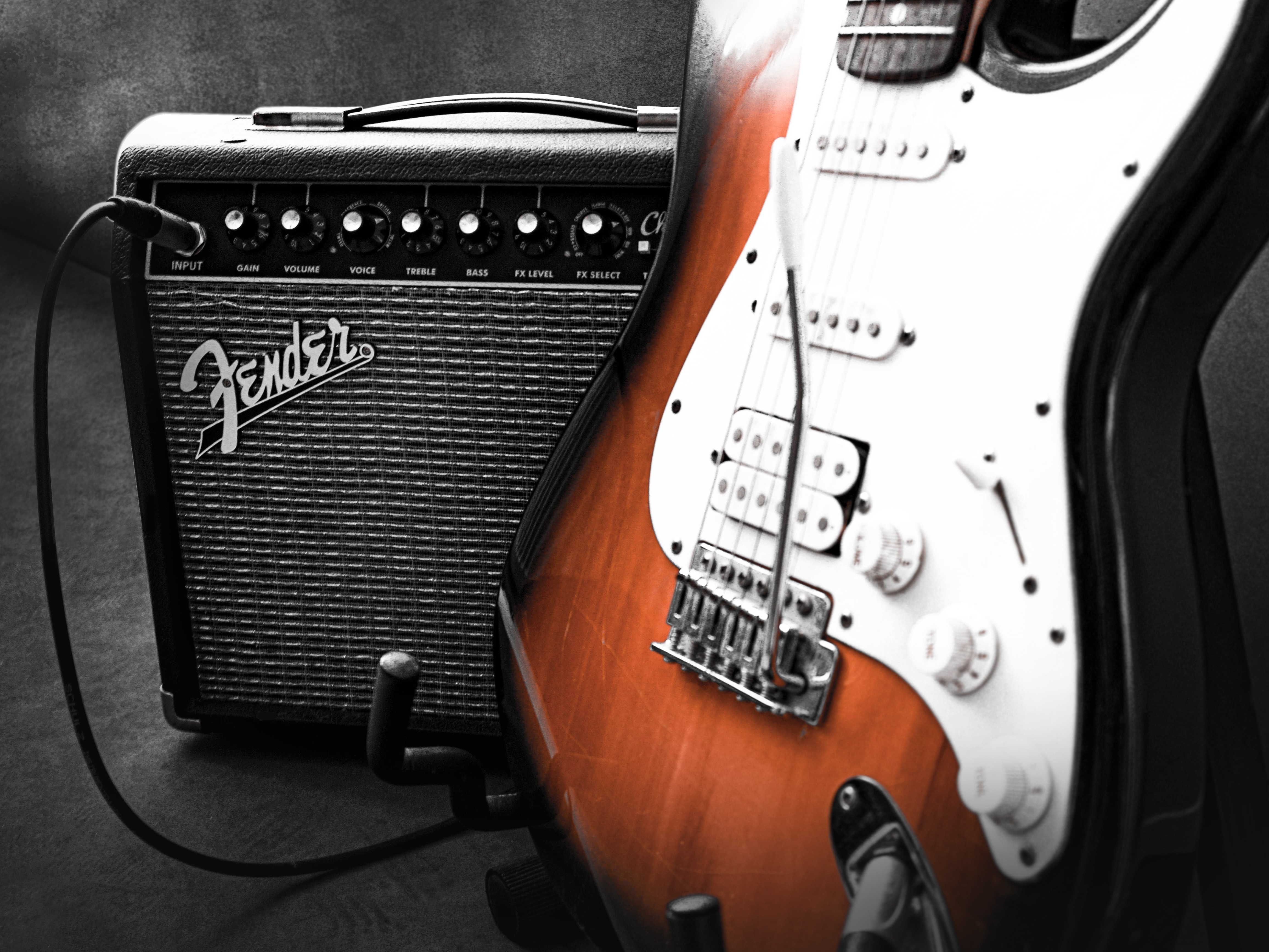 The recording sessions for my first LP (i.e. long play) spanned between December, 2010 and April, 2011, with the end result being a quasi-experimental rock album, showcasing a mixture of alternative and electronic sound. As time passed by, I have been fortunately recording more and more songs (of a better overall quality) using other Macintosh-based applications (such as Logic Pro or Logic Pro X).

In terms of influences, I feel I must specify that I grew up listening to classic rock, blues (rock), progressive rock, hard rock, and (jazz-rock) fusion. My all time favourite bands and artists are, primarily, those which performed along the 1950s, 1960s, and 1970s. Consequently, my all time favourite guitarists are: Jimi Hendrix, Stevie Ray Vaughan, Steve Vai, Bert Jansch, and Robby Krieger.

During my teenage years, a second wave of musical influences stemmed also from the mainly Seattle-rooted grunge movement of the late 1980s and early 1990s. In this respect, I feel that the following bands must also be mentioned: Pearl Jam, Soundgarden, Temple Of The Dog, Alice in Chains, Stone Temple Pilots, Nirvana, Mad Season, Mother Love Bone, Mudhoney, Candlebox.

With Jimi Hendrix’s ‘Valleys of Neptune’ poster in the background (Aalborg, Denmark – autumn, 2019).

To this day, while the vast majority of my musical creations rely chiefly on how I mixed a series of pre-made loops in GarageBand or Logic Pro, some other tracks pertaining to several of my early studio albums feature my real playing style on guitars and drums and, occasionally, on keyboards and bass (but, once again, for most of the part, using digital instruments only).

Nevertheless, over the last few couple of years that I spent as an international student in Denmark, I have also become tremendously interested on how to professionally write, record, and produce music.

Lately, I have even started playing some real instruments (such as a Harley Benton acoustic guitar and electric guitar as well as an Alesis 49-key MIDI controller), in addition, that is, to the digital ones I have been long time accustomed to.

Part of my progress at learning guitar is also documented on Steemit here. In addition, since November, 2020 I’m searching for potential bandmates in order to form something bigger than a relatively rusty digital one man band. So far, my quest goes on.

As of late 2018, my personal discography consists of 12 studio albums (LPs), 2 extended plays (EPs), and one large compilation including various demos (and sketchy sort of material) that I have been composing between 2010 and 2016, throughout both secondary school and high school.

From 2013 until 2018, almost all of of my studio albums had been partly released on the now (unfortunately) defunct iCompositions.com, an ingenious website dedicated to aspiring musicians, where I decided to upload roughly 90 songs of mine, accumulating approximately 50,000 unique listens in the process and being, at times, nicknamed ‘the loopmeister’ by other users of the said platform.

Since late 2018, I have been more or less regularly uploading my latest songs on SoundCloud, under the username Obscured by Clouds (a reference to one of my all time favourite studio albums by English progressive rock band Pink Floyd).

Otherwise, both my LPs and EPs have not yet been officially issued by a label. However, if you’d still like to listen to my music, all you need to do is just click on the following links down below in order to download my entire discography (currently hosted on Dropbox). That being said, I truly hope you’ll enjoy the audition. Last but not least, I wish you all to just keep on rocking in the free world!