In July 1982, the fabulous, highly talented, tremendously technical, very creative, innovative, and revolutionary American bass virtuoso Jaco Pastorius performed live at the Montreal Jazz Fest together with his big band, Word of Mouth. That year’s edition of the International Montreal Jazz Festival was truly blessed with Jaco’s invitation and performance with some of the most finest jazz/jazz rock/jazz fusion musicians from his amazing big band, Word of Mouth. 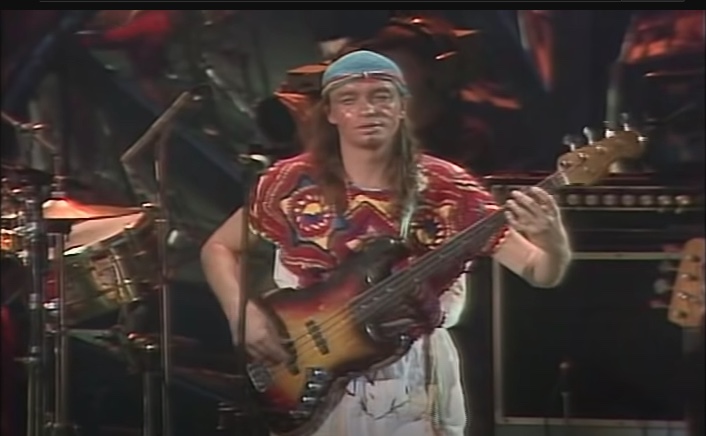 Jaco Pastorius live in 1982 at the International Montreal Jazz Festival in Montreal, Canada, together with his big band, Word of Mouth. Image source: Youtube

Throughout one absolutely fantastic hour, the concert’s setlist included the following great songs by Jaco and his accompanying band (original writers are given between parentheses):

The concert was subsequently released in DVD format in 2006 under the title ‘Jaco Pastorius – Live In Montreal‘.

As you can clearly notice above, Jaco had collaborated with fellow Weather Report band mate Peter Erskine in his big band, Word of Mouth for this concert at the International Montreal Jazz Festival in 1982.

Therefore, that being said and without any further needless ado or unwanted spoilers on my behalf, I wholeheartedly recommend integrally watching and listening to the amazing concert by Jaco Pastorius and his big band, Word of Mouth, embedded via Youtube below. All the best, much health, take care, stay safe, many blessings, and great peace your way! God bless you and keep on listening to jazz fusion!